Threatening a women who has a track record of caring and consideration for the Arab people certainly isn't going to help their image in the region. 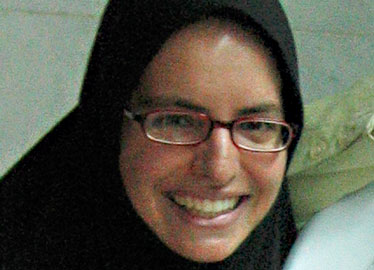 (CBS/AP) An Arab television channel aired a silent 20-second videotape Tuesday night of hostage American reporter Jill Carroll and said an accompanying message gave the U.S. 72 hours to free female prisoners in Iraq or the journalist would be killed.

Al-Jazeera would not tell AP from whom it received the tape, but issued a statement itself calling for Carroll's release. A producer for the network said the tape was received on Tuesday.

The tape showed Carroll sitting in front of a white background and speaking, but her voice could not be heard.

The 28-year-old freelance reporter for The Christian Science Monitor has not been heard from since she was grabbed Jan. 7 in one of the city's most dangerous neighborhoods. Gunmen ambushed her car and killed her translator shortly after she left the offices of a Sunni Arab politician
Posted by traderrob at 1:29 PM