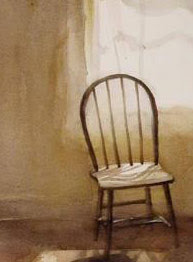 Posted by traderrob at 1:18 PM 0 comments

Full transcript HERE.
Posted by traderrob at 9:26 AM 0 comments

The number of Americans filing new claims for jobless benefits was unchanged last week, pointing to a labor market that was treading water.

Initial claims for state unemployment benefits were a seasonally adjusted 374,000, the Labor Department said on Thursday. The prior week's figure was revised up to show 2,000 more applications than previously reported.

The only reason they remained "flat" is due to the 73rd upward revision in 74 weeks.
Posted by traderrob at 11:03 AM 0 comments 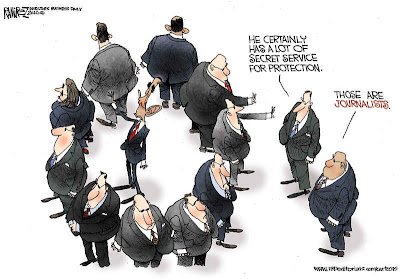 Expect LOTS more of this.


TAMPA, Florida | To Republicans in the RNC convention hall last night, and surely to the majority of Americans watching at home, regardless of their politics, Ann Romney came across as a warm, kind and caring woman.

But the editors of the New York Times occupy a very different universe. In a nasty piece of work this morning, editorial page editor Andrew Rosenthal painted an ugly picture of Ann Romney. Using the most violent of metaphors, Rosenthal saw a woman who, of all things, had "slipped a knife into President Obama." More after the jump.

Rosenthal also managed to refer to mother-of-five Mrs. Romney as a "diva." Imagine the Times's outrage if a conservative ever dared to refer to First Lady Obama in such terms. Here's Rosenthal's reprehensible line:

"The genius of Mrs. Romney’s diva performance was the way she smiled so warmly as she delicately slipped the knife into President Obama."

To hell with personal responsibility for ones bretheren, it's the governments job.


BOSTON -- A new study on the generosity of Americans suggests that states with the least religious residents are also the stingiest about giving money to charity.

The study released Monday by the Chronicle of Philanthropy found that residents in states where religious participation is higher than the rest of the nation, particularly in the South, gave the greatest percentage of their discretionary income to charity.

The Northeast, with lower religious participation, was the least generous to charities, with the six New England states filling the last six slots among the 50 states.

Posted by traderrob at 6:53 AM 0 comments

Thanks RR.
Posted by traderrob at 5:32 AM 0 comments

Just another example of the tolerance on the left.


Once again we see an Obama/abortion supporter who cannot keep to a civil debate.

This time in Wisconsin where Appleton resident Mary Hogland, 83, tried to interrupt a small, private Romney event. When her outburst was vociferously opposed by the Romney supporters that were actually invited to the gathering, Hogland spat in the face of one of the elderly women present.

The small event, held in Grand Chute, Wisconsin, was by invite only, says Chris Hanson owner of the place where the event was held.

US Initial Jobless Claims Edge Up To 366,000, Higher Than Expected

In the week ending Aug. 11, applications for unemployment insurance payments rose by 2,000 from the previous week's upwardly revised figure of 364,000 to 366,000. Economists polled by Reuters had forecast claims would climb to 365,000 last week.

The four-week moving average, which normally provides a better indication of the underlying trend in labor markets than the weekly number of jobless claims, decreased by 5,500 to 363,750 for first-time benefit applicants.

Posted by traderrob at 8:10 AM 0 comments

I don't know who's a bigger liar, Biden or Obama.


In 1972 Sen. Joseph Biden, the Democrat nominee for vice President, lost his wife and young daughter in a car accident. Losing your family in an auto accident is a gut wrenching tragedy, to be sure. No one underestimates that and no ever blamed Mrs. Biden for the accident.

Right up there with despicable things one human can do to another, is falsely accusing the innocent of a crime. “Bearing false witness” is even in the 10 commandments, but Mr. Biden’s feigned Catholicism doesn’t let that stop him.

Last night CBS Inside Edition reports, “In a striking moment in December 2007, he opened his heart to University of Iowa students. “Let me tell you a little story. My wife and three kids were Christmas shopping for a Christmas tree, a tractor trailer, a guy who allegedly, and I never pursued it, drank his lunch instead of eating his lunch, broadsided my family, killed my wife instantly, killed my daughter instantly, and hospitalized my two sons.”

Out on the stump recently and for years, Biden has repeated this charge. Lately, he has tried to soften it with the thought that he doesn’t know if the semi truck driver was drunk...., “ I never pursued it”. He didn’t follow the case about the death of his wife and child? Give me a break.

The court certainly did. The driver was never charged and was cleared of any wrong doing. Mrs. Biden, driving a station wagon full of kids and a Christmas tree pulled into the truck’s path. The driver, also a victim, had not been drinking and for the years before his death his reputation suffered with the false charge that Biden put out in the public for sympathy and political gain.

He will use his dead family and an innocent fellow American for his own personal profit. Don’t be surprised when he uses the rest of us.

Posted by traderrob at 7:55 AM 0 comments 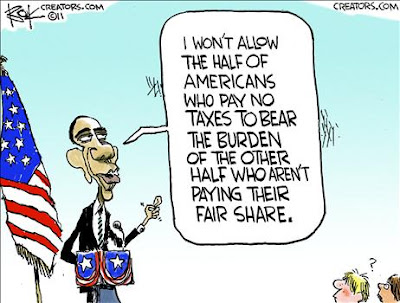 Posted by traderrob at 2:18 PM 0 comments

The latest Rasmussen Reports national telephone survey finds that 50% of Likely U.S. Voters now have a favorable opinion of Ryan, while 32% view him unfavorably. This includes 29% with a Very Favorable view of Romney’s vice presidential pick and 13% with a Very Unfavorable one. Only 13% are now unfamiliar with Ryan, and five percent (5%) are not sure about him.

Posted by traderrob at 8:27 AM 0 comments

Photoshop of the Day 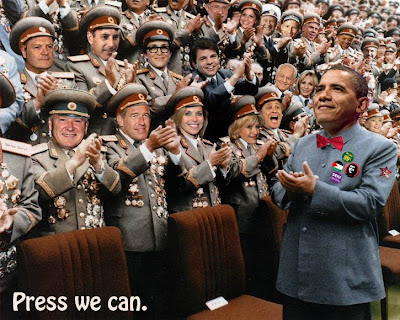 Posted by traderrob at 6:26 AM 0 comments 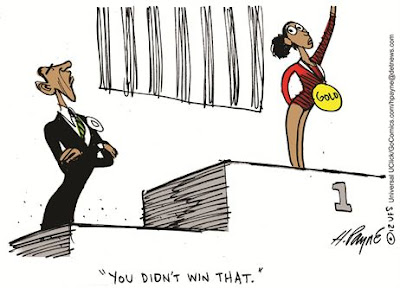 Thanks RR.
Posted by traderrob at 4:44 AM 0 comments 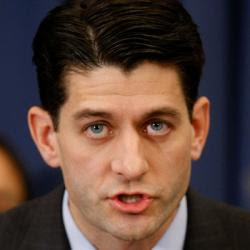 Excellent choice.
Posted by traderrob at 6:54 AM 0 comments

The presidential race in the battleground state of Iowa remains a near tie.

The survey of 500 Likely Voters in Iowa was conducted on August 8, 2012 by Rasmussen Reports. The margin of sampling error is +/- 4.5 percentage points with a 95% level of confidence...

If Iowa goes Romney, he'll win.
Posted by traderrob at 10:31 AM 0 comments

Not to mention the disparity in "voter intensity".


Some 300,000 registered Democrats have vanished in the key swing state of Florida since the 2008 elections, new official figures show.

Fewer than 4.6 million will be able to vote in the state's Democratic primaries next week. That's down from 4.9 million who were eligible in 2008 when a bright young candidate called Barack Obama was carrying the party flag.

Now, after nearly four years of Obama in the White House, enthusiasm for the party has waned in the battleground state with the big electoral prize, even as the state's population continues to rise.

A non-partisan group (Houston-based True the Vote) has found 160 different counties coast-to-coast who's registered voters actually outnumber all eligible voters- and can somebody please tell me how a county (in Illinois, what a shock) could have over 500% of their eligibles registered?

And it's not just one isolated incident... it's 160: yet that's merely what was uncovered when somebody actually rolled-up their sleeves and had a real look at the problem we all know is there.

We also know who are operating under the assumption that voter fraud helps them politically, thus Team Obama's selective enforcement of immigration laws and refusal to assist states wishing to rectify their voter registration lists, all while in complete and utter (public) denial voter fraud even exists (they won't admit it and support it- so they refuse to acknowledge it and support it).

Posted by traderrob at 5:00 AM 0 comments