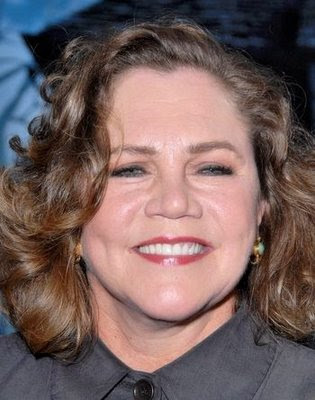 There's only one segment of the population the press is more brutal to than conservatives and that's formerly skinny beauties in Hollywood that got older and less Barbielike. If they happen to be classified as bitchy, look out, they will crucify them. Whether it be Kathleen Turner, Kirstie Allie or Marie Osmond, stay skinny and beautiful or the uber superficial "entertainment press" will pound you unmercilessly regardless of your temperament.

Respect once earned lasts you a lifetime albeit you stay well formed. Bette Davis(who personally creeped me out) was univerally known as one of the monumental bitches in the history of womenhood yet still maintains an almost Goddesslike reverance. Joan Crawford (who also creeps me out) would have been equally canonized had it not been for the tell all book by her adopted daughter, was by many accounts the female antichrist. But she died 38-25-35 and is therefor still revered by many. It's not how sexy you were nor how great a performer you were or are, but, rather, how good you're maintained at 70.

Hollywood, like all fantasies, are creations of our own fertile imaginations and when that fantasy is assaulted by the realities of human frailty we choose to discard and despise rather than embrace those who actually turn out to be more like you and me, you know... mortal. We chastize, belittle and revel in their physical deterioration rather than celebrate them as sympaticos.

Kathleen Turners portrayal in "Body Heat" still ranks in the top 5 most seductive and arousing performances in cinematic history. Script was part of it but so was that indefinable inate sexuality that only a handful of female actresses have seemed to effortlessly radiate on the big screen. Kathleen Turner was one of the few that truly personified it.

This humble blogger is as superficially enamoured by that perfect female body as any hetero alive but without equivocation I can say, Ms. Turner you remain one of the sexiest women alive.
Posted by traderrob at 5:50 PM