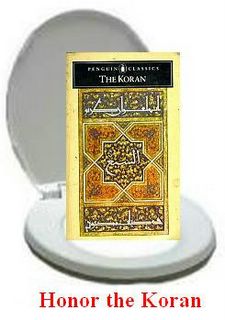 At extreme risk of having a fatwa issued against me, I post in solidarity with my anglo- brother Dr. Rusty Shackleford and offer up this.

According to Conyers' weblog, the resolution was drafted to "oppose religious intolerance."

BTW isn't this the same guy who ardently defended the "free expression" rights of Andres Serrano to submerge a crucifix in urine and call it high art.
Posted by traderrob at 1:42 PM