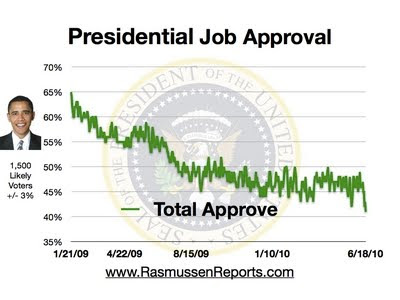 Overall, 41% of voters say they at least somewhat approve of the president's performance. That’s the lowest level of approval yet recorded for this president. Fifty-eight percent (58%) now disapprove.

That puts the all important "abyss rating" at -5, devastating.
Posted by traderrob at 4:19 AM